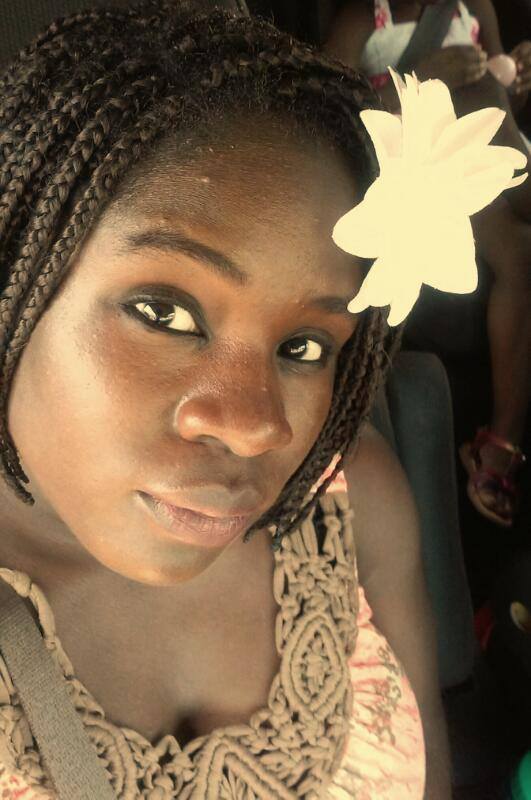 In my life, this has only happened only a handful of occasions. Since becoming a Christian (6.5 years ago), the last time I remember it happening was circa 2013. Only once in early 2010 was it more clearly tied to some kind of demonic entity. I was at a sleepover with some other single ladies from a church I was attending. After we all went to sleep, I thought I was awake but was unable to move. I felt pressure on my chest and neck area. The lights were off, and it seemed like shadowy figures were dancing on the floor in front of me. I was of course scares out of my mind, and believe it or not, while it was happening, one of the girls said that she heard me saying “No, no!” while I was presumably asleep. The other times, I just would wake up and have to find a way to shake myself out of it. This time around, it seemed to have more sinister connections.

I woke up around 3:35am or so. The light was still on, I was thirsty, and I wanted to go and check on the kids. After doing that and some light web surfing for roughly an hour, I settled down and went back to sleep. I began to dream, and it was not a typical dream that I have. I remember at the climax of it, being led to this room by this girl. It was during sleep hours which meant that the lights were off. The gentlemen inside the room were awake. I remember her or someone flipping through this book. I remember going near a bed and falling off at first because I was short. One of the guys adjacent to me laughed at me, and his face is still clear as day in my mind.

What was unique was that the place where I was going to sit had light around it which also enabled me to see the guys face. The dream pretty much ended there. I then remember beginning to awake to that place where your eyes are still closed but you are more conscious of the sounds around you and where you fell asleep at. It was when I was in that state that things got weirder. I could hear laughing. Then, I started to hear a baby crying. I heard something say “You’re hungry” sort of in a mocking way. Then, I began to wonder why in the world I was hearing these things if I was pretty much back in the real world.

Once my mind began asking those questions, I tried to open my eyes and get up, and THAT’S where I could not move. I felt this pressure on my arms, chest, and head like something was holding it there. I had a suspicion of what it was and immediately recalled what I heard a preacher say on how to deal with this kind if circumstance’ Chip Ingrum, I believe it was. He stated that when it would happen to him that he would begin verbally quoting Scripture to thwart the attack. This is what I then began to do. I uttered out some lines from the Psalms. A few moments later, I could move again. When I looked at the clock, what seemed like hours was only about 20 minutes as I saw that it was only 5am.

People may debate over what it was, but for me, I can understand why the Lord may have allowed this to occur. No doubt, the last 365 days have been the toughest, most agonizing days of my life on this earth. This has less to do with circumstances and more to do with my spiritual health. I went from having a year filled with overwhelming spiritual growth, unfathomable intimacy with God, rock-solid faith, and never-before-had prophetic like encounters with the Holy One to a place of destitution, shattered faith, confusion, and unrepeatable terms I have said to and about the Lord in my heart. I traveled from the lush Amazonian rain forests to the parched Sahara desert all the while questioning God’s true intent and love for me. Some may describe it as a spiritual wasteland. On its grounds lay the litter of anxiety, emptiness, restlessness, fear, and shame. Was it from some “big”, obvious sin that I committed? No, simply the rotten decayings from a neglectful heart that sewed to the flesh, trusted its own voice, failed to daily seek God, and consequently began to doubt the truth written in the Word. Every Bible reading I cut short, every prayer I limited to a few seconds, every moment I spent reading useless news or Wikipedia articles, were little opportunities for Satan and his minions to gain a foothold. Couple that with what seems like involuntary isolation from the church, and there you have it: A Recipe for Disaster.

My previous job wiped away most of my opportunity to even attend church 80% of the time despite me approaching my boss on more than one occasion to have some Sundays off. From that alone, I was only afforded the opportunity to attend church about 10 times, during that entire year. Even then, being able to actually attend was still challenging. Often times, my children would happen to fall ill on those days and on rare occasion straight up have a random and unexpected meltdown of the century literally moments before we would walk out the door.

Bridge all of this with some horrible things that happened to my kids from babysitters, financial struggles despite having a government job, frequent hospital stays, and single-parenting struggles. My faith began to fail and mind wonder. I honestly had given up, and for many days, I was only literally holding on for my children’s sake. I felt unprotected, unprovided for, and unheard. Feelings of abandonment and resentment had crept in and sat in the place of the Lord. I let those feelings rule me and consequently imprison me. Reading my Bible became less and less desirable. It also became less and less retainable. While I have abstained from deadly addictions such as drugs, alcohol, and immorailty, you feel a whole nother level of “wasted” when you’ve gone for extended periods of time without feasting off of God’s Word.

Finding satisfaction in other things is not only exhausting but it leaves you even more desperate than when you began. I could not understand why God had allowed such things to happen and why He had not “rescued me” by now. Previously, my “falling off” would not go beyond a week or two before I was back on the right path and rightly nourished. After all, 1 John 3:9 states “No one born of God makes a practice of sinning..”. Here I was, however, several months still in the same hole I started in with little opportunity or motivation to seek outside help. My walls were closing in, and I was suffocating under all of the pressure.

Eventually, I came to the realization that “not my will but Yours be done” was applicable to my children as well. I had accepted it the year before when things went awry on my end, but accepting it for my children was even harder. They belong to the Lord, and His argument to me was that however He decided to shape them and build them up was HIS perogative because they were His. Then, I began to think about certain Biblical figures who were isolated from their people for long periods of time and yet were able to keep the faith. These individuals did not even sin to put them in those situations! Joseph and Paul to name a few. Clearly, God had not forgotten them, and the purpose of their sufferings was for a greater good. Lastly, it began to dawn on me the truth that “God resists the proud, but gives grace to the humble” (Jam 4:6b). No, this isn’t exclusively a parallel between the believer and nonbeliever, but this can also happen to a believer. Yes, we have access to God, but ‘if we cherish iniquity in our heart, He will not listen’ (Psalm 66:18) to our prayers.

These three realizations are what propelled me out of that dark and hardened place. Now, I have a desire to fight against sin. While it is not a strong as the year prior, it is there. I am weakened but not demolished, and I can’t keep looking back with regret and envy of past triumphs. I can only press forward for what lies ahead.

So yes, I believe that this morning I was caught at a weak moment. Lately, I have felt heavily attacked in other ways as well. Reminding myself that ‘God will not allow me to be tempted beyond what I can bear but will provide a way of escape that I can bear it’ (1 Cor 10:13). That Scripture literally saved me from falling into a sin that the enemy was hard pressing me to do a few days ago. After I remembered that and called out to the Lord, I felt the weight of the temptation removed and I was able to move throughout the day feeling victorious. I believe it was a set up for my battle this morning against some unknown but presumably evil source. I feel like the Lord is strengthening me and giving me more armor to stand and fight during this unpredictable time in my life. It is encouraging though still intimidating. I still have my moments of doubt, but in all, I have more faith that my God will continue to hold my hand and make me into the leader He wants me to be.